So here are a few photos from our first evening in Cabo. That is of course, after a day of Aero Mexico arguments.

Remember when we had an issue with an unbelievable delay? That was not the end of our problems. Taylor sat on the phone with Aero Mexico from the time we hit security until the time we boarded the plane. Since we were not taking the original flight, they intended to cancel our return reservation. It was in that moment that I was very thankful to be dating an attorney (who just telepathically corrected my sentence  to include the phrase “pending his passage of the bar exam.”)

Taylor ensured that we had a flight home, and we spent the rest of our week relaxing, laying out near the pool, reading, and someone of non-hispanic descent (clearly not me) got burned. It’s a different sun down there! Fast forward to the end of our stay, as Taylor tries to check us in to our flights. What a surprise when our reservation did not exist! He then spent the good majority of our last day on the phone with Aero Mexico, with no guarantee that we would be able to board the flight previously purchased.

Fortunately, we were bailed out and flown home. Thank goodness – paradise could have gotten really expensive really quickly! 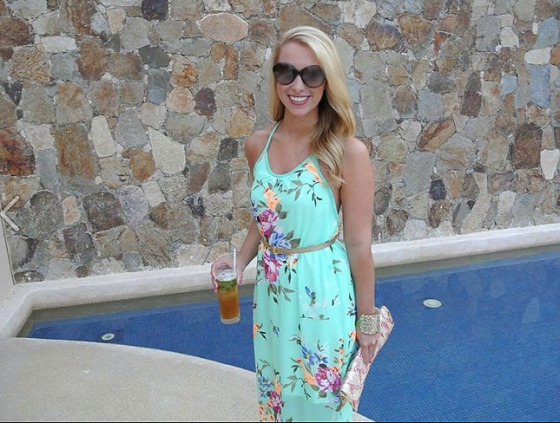 We recently joined some of our friends on a post-bar trip to Cabo san Lucas. Three lawyers and a fashion blogger… you can imagine how fascinating the talk about MPRE questions, essay topics, and misdemeanor manslaughter was….

However, in between that chatter, we had a fantastic time. We were quite uncertain as to whether or not we would actually make it to Cabo. In an effort to save a few dollars, we opted to take Aero Mexico. That was our first mistake. We made it to DFW around 5:30 am and immediately jumped into the 60+ person line. After thirty minutes of not moving an inch, we COMPLETELY FREAKED OUT and knew we would be missing our flight.

As I held down our place in line, Taylor discovered that our flight was delayed from 7:00 AM to 4:00 PM, causing us to miss our connecting flight and be completely re-routed. As we began making plans for our day (brunch, nap, lunch, nap, wandering around Dallas, and finally airport), we were given the option of taking the 4:00 flight and a connector which would place us *ever so safely* in Mexico City for a night. Um, no.

We bailed, hopped on a direct American flight, and never looked back. After making it through security, Taylor spent nearly an hour on the phone with Aero Mexico, guaranteeing our return flight would not be cancelled. We arrived in Cabo earlier than expected and went directly to the pool to sample what the swim up bar had to offer.

You should also know that the night before our departure, T bought a Go Pro. Of course I scoffed at the idea, but let me tell you – if there is a man in your life, get him one! He was so entertained the entire time, and now we have loads of photos and video from our life-proof case which floated in the pool most of the day. Between the mojitos and sunburns, we all thoroughly enjoyed ourselves. (Except when M+C thought their license/wallet/credit cards were stolen). 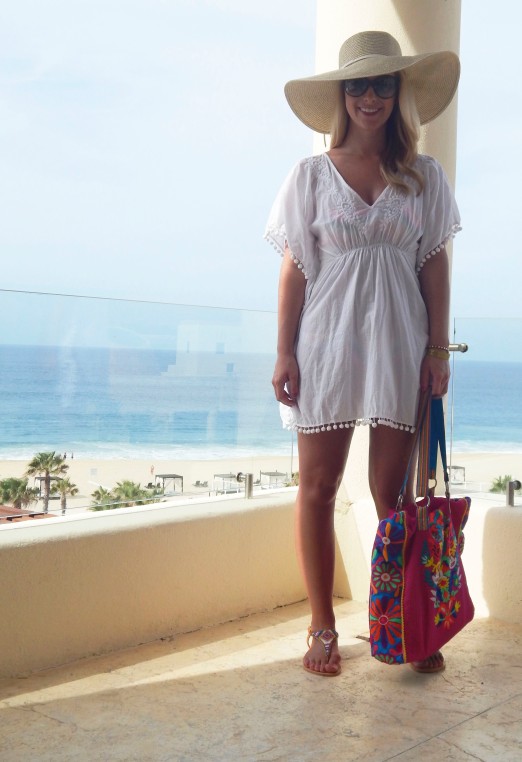 We stayed on the side where you’re not allowed to go into the ocean because, you will die. But we couldn’t resist just running down and letting the waves rush over the top of our feet. 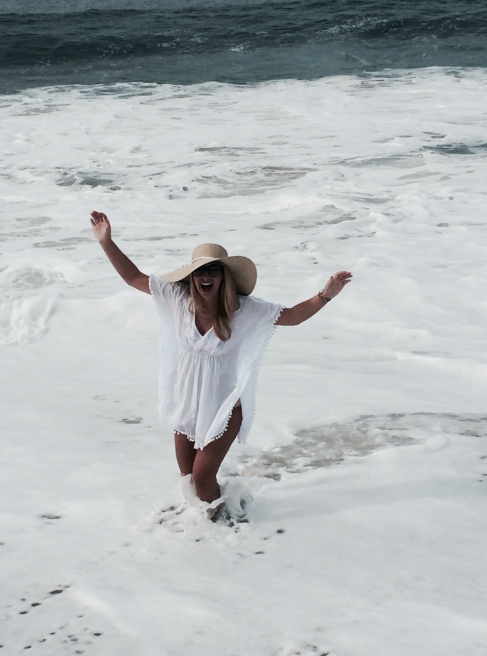 and ended up doing what T refers to as my “weird girl run,” which is really the “I’m soaking wet run.”

All photos on this website are property of the author and cannot be used or reproduced without written consent of the author.

There was an error retrieving images from Instagram. An attempt will be remade in a few minutes.